When a person undergoes a back surgery, there is a significant chance that it will either be completely unsuccessful or only partially successful. Approximately 600,000 Americans have a back operation annually. A significant amount of those involve a spinal fusion, which 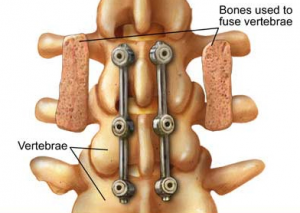 is when one or multiple phones in the back, known as the vertebrae, are welded together.

Categories of Failed Back Surgery

There are essentially three categories of failed back surgery patients. The first involves those patients who had back surgery for the wrong reason in the first place. This may include a patient for instance, who was deemed to have a degenerative disc disease problem with a fusion at the suspected level, and the person did not in fact have symptoms being generated from that level.

The second category of failed back surgery patients are those whose surgery was in fact indicated, and the procedure was inadequately performed. Or it was done very well but the desired outcome was not achieved. It is well known that even if a back surgery is done for the right reasons and technically done perfectly, a patient may still not achieve the desired pain-free outcome. 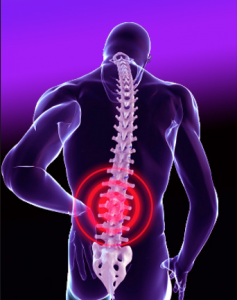 The third reason that a back surgery can fail is that over time, degeneration may occur in areas around the surgery. For instance, the patient may have an excellent outcome with a fusion performed at L4 – L5, only to have renewed pain in a year or two when the level above or below breaks down.

However, what was seen with the study was that 50% of patients in both groups, spinal fusion and the artificial disc replacement, still continued to need narcotic medications for pain control over one year after surgery. What this shows us is that despite surgeries performed for the right reasons in the back, it is unrealistic to expect a pain-free outcome most of the time.

When a spinal fusion is performed, scar tissue inevitably forms in the areas where surgery was done, and can cause pain along with enveloping nerve roots and leading to significant leg pain. The term for this is post-laminectomy syndrome and is commonly seen in those patients who have had a nerve root decompression known as a laminectomy.

When scar tissue forms around the nerve roots that were freed up, it can lead to changes inside the nerve root and chronic leg pain as a result. Unfortunately, this condition is not amenable typically to further surgery and will either require pain medication, spinal cord In a laminectomy, bone is removed to free up spinal nerves. If scar tissue fills the area and damages nerve roots, postlaminectomy syndrome may result. stimulation, or an intra-thecal morphine pump.

Along with scar tissue forming around nerve roots, additional reasons for failed back surgery may include failure to fuse properly, operating on the wrong level, spinal stenosis that is in adequately decompressed or recurs again after an initially successful surgery.

Treatment of Failed Back Surgery Syndrome

For the individual who had a good result and then begins to have persistent leg pain, it is important to figure out whether or not it is simply from a new disc herniation or if scar tissue has enveloped a nerve root, and has resulted in pain that has not responded to another surgery.

For individuals who have failed back surgery and a revision surgery is deemed not to be indicated, initial treatment should consist of over-the-counter pain medications including anti-inflammatories and Tylenol. Those should be taken according to manufacturer’s recommendations. Long term narcotic prescription medications may be necessary to help keep the chronic pain from failed back surgery at an acceptable baseline level.

Additional treatment for failed back surgery syndrome may include physical therapy along with chiropractic treatment. This may include stretching and strengthening along with electrical stimulation, ultrasound and ice and heat. Along with these, massage can help break up some scar tissue for relief.

Interventional treatments with the pain doctor may give the most benefit of all. These may include trigger point injections, facet blocks, injections of numbing pain medicine around painful hardware, along with intermittent epidural steroid injections.

As a last resort treatment for failed back surgery syndrome, spinal cord stimulation has been shown to provide very good results. Stimulators do not fix the problem that led to fill back surgery syndrome, but if it is something that cannot be corrected with a revision surgery, then at least masking the pain may be the next best possibility. The spinal cord stimulator may alter the way that one’s brain perceives pain signals and convert pain into more of a tingling sensation.

One of the most important factors that failed back surgery syndrome comes down to is patient expectations. It is unreasonable to expect to eliminate one’s back pain completely unless there is a distinct problem that is amenable to surgery. Otherwise, it might be possible to get rid of half to three fourths of an individual’s pain or more. This may make it possible to get one back to work, avoid depression and allow a person to play with his or her kids again.

If you live in Arizona and are experiencing continued or new back or leg pain after back surgery, let Arizona Pain Specialists help you. This Arizona pain center has multiple Valleywide clinics, accepts over 50 insurance plans, and has Board Certified Arizona pain doctors who are experts in the nonoperative management of complex back pain problems.